Insulin Resistance and Your Brain 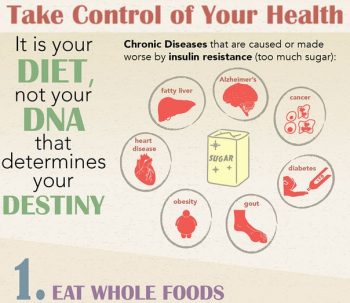 Preventing Alzheimer’s Disease Is Easier Than You Think
Science shines new light on root cause of memory problems.

Do you have Insulin Resistance?
If you don’t know, you’re not alone. This is perhaps the single most important question any of us can ask about our physical and mental health—yet most patients, and even many doctors, don’t know how to answer it.

Here in the U.S., insulin resistance has reached epidemic proportions: more than half of us are now insulin resistant. Insulin resistance is a hormonal condition that sets the stage throughout the body for inflammation and overgrowth, disrupts normal cholesterol and fat metabolism, and gradually destroys our ability to process carbohydrates.

Insulin resistance puts us at high risk for many undesirable diseases, including obesity, heart disease, cancer, and type 2 diabetes.

Scarier still, researchers now understand that insulin resistance is a powerful force in the development of Alzheimer’s Disease.

What is insulin resistance?
Insulin is a powerful metabolic hormone that orchestrates how cells access and process vital nutrients, including sugar (glucose).

In the body, one of insulin’s responsibilities is to unlock muscle and fat cells so they can absorb glucose from the bloodstream. When you eat something sweet or starchy that causes your blood sugar to spike, the pancreas releases insulin to usher the excess glucose out of the bloodstream and into cells. If blood sugar and insulin spike too high too often, cells will try to protect themselves from overexposure to insulin’s powerful effects by toning down their response to insulin—they become “insulin resistant.” In an effort to overcome this resistance, the pancreas releases even more insulin into the blood to try to keep glucose moving into cells. The more insulin levels rise, the more insulin resistant cells become. Over time, this vicious cycle can lead to persistently elevated blood glucose levels, or type 2 diabetes.

Insulin resistance and the brain
In the brain, it’s a different story. The brain is an energy hog that demands a constant supply of glucose. Glucose can freely leave the bloodstream, waltz across the blood-brain barrier, and even enter most brain cells—no insulin required. In fact, the level of glucose in the cerebrospinal fluid surrounding your brain is always about 60% as high as the level of glucose in your bloodstream—even if you have insulin resistance—so, the higher your blood sugar, the higher your brain sugar.

Not so with insulin—the higher your blood insulin levels, the more difficult it can become for insulin to penetrate the brain. This is because the receptors responsible for escorting insulin across the blood-brain barrier can become resistant to insulin, restricting the amount of insulin allowed into the brain. While most brain cells don’t require insulin in order to absorb glucose, they do require insulin in order to process glucose. Cells must have access to adequate insulin or they can’t transform glucose into the vital cellular components and energy they need to thrive.

Despite swimming in a sea of glucose, brain cells in people with insulin resistance literally begin starving to death.

Insulin resistance and memory
Which brain cells go first? The hippocampus is the brain’s memory center. Hippocampal cells require so much energy to do their important work that they often need extra boosts of glucose. While insulin is not required to let a normal amount of glucose into the hippocampus, these special glucose surges do require insulin, making the hippocampus particularly sensitive to insulin deficits. This explains why declining memory is one of the earliest signs of Alzheimer’s, despite the fact that Alzheimer’s Disease eventually destroys the whole brain.

Without adequate insulin, the vulnerable hippocampus struggles to record new memories, and over time begins to shrivel up and die. By the time a person notices symptoms of “Mild Cognitive Impairment” (pre-Alzheimer’s), the hippocampus has already shrunk by more than 10%.

The brain sugar processing problem caused by insulin resistance is called “glucose hypometabolism.” This simply means that brain cells don’t have enough insulin to burn glucose at full capacity. The more insulin resistant you become, the more sluggish your brain glucose metabolism becomes. Glucose hypometabolism is an early marker of Alzheimer’s disease risk that can be visualized with special brain imaging studies called PET scans. Using this technology to study people of different ages, researchers have discovered that Alzheimer’s Disease is preceded by DECADES of gradually worsening glucose hypometabolism.

Brain glucose metabolism can be reduced by as much as 25% long before any memory problems become obvious. As a psychiatrist who specializes in the treatment of college students, I find it positively chilling that scientists have found evidence of glucose hypometabolism in the brains of women as young as 24 years old.

Real hope for your future
We used to feel helpless in the face of Alzheimer’s Disease because we were told that all of the major risk factors for this devastating condition were beyond our control: age, genetics, and family history. We were sitting ducks, living in fear of the worst—until now.

The bad news is that insulin resistance has become so common that chances are you already have it to some degree.

The good news is that insulin resistance is a major risk factor for Alzheimer’s Disease that you CAN do something about.

You can’t do anything about your genes or how old you are—but you can certainly change how you eat. It’s not about eating less fat, less meat, more fiber, or more fruits and vegetables. Changing the amount and type of carbohydrate you eat is where the money’s at.

Three steps you can take right now to minimize your risk for Alzheimer’s Disease
1. Find out how insulin resistant you are. Your health care provider can estimate where you are on the insulin resistance spectrum using simple blood tests such as glucose, insulin, triglyceride and HDL cholesterol levels, in combination with other information such as waist measurement and blood pressure. In my article How to Diagnose, Prevent and Treat Insulin Resistance, I include a downloadable PDF of tests with healthy target ranges for you to discuss with your health care provider, and a simple formula you can use to calculate your own insulin resistance.

3. If you have insulin resistance, watch your carbohydrate intake. Unfortunately, people with insulin resistance need to be careful with all carbs, not just the refined ones. Replace most of the carbs on your plate with delicious healthy fats and proteins to protect your insulin signaling system. The infographic below provides key strategies you’ll need to normalize blood sugar and insulin levels.

You can wield tremendous power over insulin resistance—and your intellectual future—simply by changing the way you eat. Laboratory tests for insulin resistance respond surprisingly quickly to dietary changes—many people see dramatic improvements in their blood sugar, insulin, and triglyceride levels within just a few weeks.

If you already have some memory problems and think it’s too late to do anything about it, think again! This 2012 study showed that a low-carbohydrate high-fat diet improved memory in people with “Mild Cognitive Impairment” (Pre-Alzheimer’s Disease) in only six weeks.

Yes, it is difficult to remove refined carbohydrates from the diet—they are addictive, inexpensive, convenient, and delicious—but you can do it. It is primarily your diet, not your DNA, that controls your destiny. You don’t have to be a sitting duck waiting around to see if Alzheimer’s Disease happens to you. Armed with this information, you can be a proactive swimming duck sporting a big beautiful hippocampus who gets to keep every single one of your marbles for the rest of your life.

A Detoxification Blend of Essential Oils