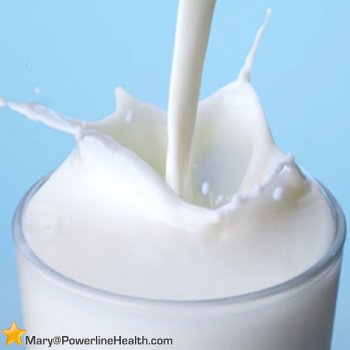 Dr Eric Z clears up these and many other interesting facts about milk in this article:  What is Lactose Intolerance? (1)

We always hear about wheat and gluten sensitivities, but there probably isn’t a more controversial topic in the food market today than dairy and lactose intolerance.
We’re stuck in the middle of a massive marketing onslaught from both sides of the aisle. No wonder millions of people are confused. The truth is hard to come by in the midst of the ongoing “milk war.”

Milk is good: “Milk does a body good.”

Milk is bad: “People are the only species that drinks another animal’s milk.”

Milk is good: “Got milk?” (included, of course, is a beautiful celebrity with a milk mustache).

Milk is bad: “What’s in YOUR milk?” (and of course, take into consideration the list of harmful chemicals that are linked to everything from cancer to Alzheimer’s disease).

After sifting through all the different opinions, it becomes quite clear that this isn’t a black-and-white issue, and saying that “milk is bad” or “milk is good” simply leaves a lot to be desired.

Milk – Healthy Or Not?
The answer to this question is usually a vague, “It depends.”

We do know that the more natural it is (the less involved people are in manufacturing it) the more beneficial it is for human consumption.

The difference between the milk in our refrigerators today and what our ancestors drank, however, is infinitely significant, and we have recorded accounts of humans consuming animal milk for literally thousands of years.

If it is not tampered with, fresh milk from cows, goats and sheep is a superfood and it is extremely nutrient dense being filled with vitamins, minerals, and naturally-occurring enzymes that has historically made lactose intolerance virtually unheard of until we started toying with the cows and their milk in the 20th century.

Raw milk from grass-fed animals is perfectly healthy and should be consumed on a regular basis, as long as the animals are not puffed up with GMO feed and injected with hormones.

Lactose Intolerance
Lactose is a sugar that is present in milk. If someone doesn’t naturally have a large amount of lactase, they will really suffer when they consume dairy products. Common symptoms of lactose intolerance include:

In other healthy humans, lactase activity persists at a high level throughout adult life, enabling them to digest lactose as adults. This dominantly inherited genetic trait is known as lactase persistence.

There have been thousands of years of drinking and using milk without widespread reference to lactose intolerance symptoms throughout recorded history. It is certainly possible for people to have suffered from milk-related sensitivities and allergies throughout history, but it’s likely that people would not have continued drinking milk if they had suffered as people do now. And the widespread presence of lactose intolerance today is absolutely appalling.

According to the University of Georgia, “ On average, 80% of Asian and Native Americans are lactose intolerant, 75% of African Americans, 51% of Hispanic Americans and 21% of Caucasian Americans.”

Why are so many people lactose intolerant today? Milk that’s widely sold today is processed in such a way that the enzyme lactase cannot do its work to break down lactose. Organic Pastures founder Mark McAfee says the key is to drink raw milk:
“The experts I have spoken with deny the presence of lactase in raw milk; however, it is the friendly bacteria in raw milk that facilitate the creation of lactase in the intestine where it is needed. That is why lactose-intolerant people can drink raw milk without a problem. Pasteurization kills these friendly bacteria.”

Since 1984, this theory has been supported by the scientific literature. A landmark study putting this issue to bed was published in the American Journal of Clinical Nutrition, which investigated the reason why fermented milk (yogurt) has typically been well tolerated by lactase-deficient people and, specifically, why lactose from yogurt is readily digested compared to that from regular milk.

Testing the effects of three fermented, microbial-rich dairy foods – pasteurized yogurt, butter milk (cultured milk), sweet acidophilus milk – the researchers discovered that:
The studies demonstrated that yogurt is unique among the products tested because it enhances the digestion of lactose. Furthermore, pasteurization of yogurt eliminated the enhanced digestion of lactose, reduced the inherent lactase activity of the yogurt by 10-fold and reduced cell counts by 100-fold. Interestingly, eight of nine subjects fed cultured milk experienced gastrointestinal distress, whereas all subjects fed pasteurized yogurt were symptom free, even though the amount of malabsorbed lactose was similar.

A1 Casein Allergies
There’s another theory out there that so-called A1 casein allergies are a significant contributor to dairy sensitivities. Typically, in their next breath, people claim that A2 milk (regardless if it’s pasteurized or not) is the solution to lactose intolerance. This is how it all came about:
A2 milk is sold mostly in Australia, New Zealand and the United Kingdom. Branded by the A2 Milk Company in the early 1990s, A2 cow’s milk contains only the A2 type of beta-casein protein, not the more common A1 protein that is normally found in milk.
A2 Corporation supposedly proved that A1 proteins from specific cow breeds were responsible for milk allergies and sensitivities. However, after careful investigation, it seems that the A2 Corporation’s theory was just a bit far-fetched.
The European Journal of Clinical Nutrition says:
The A1/A2 milk hypothesis was ingenious. If the scientific evidence had worked out it would have required huge adjustments in the world’s dairy industries. This review concludes, however, that there is no convincing or even probable evidence that the A1 -casein of cow milk has any adverse effect in humans.

This review has been independent of examination of evidence related to A1 and A2 milk by the Australian and New Zealand food standard and food safety authorities, which have not published the evidence they have examined and the analysis of it. They stated in 2003 that no relationship has been established between A1 or A2 milk and diabetes, CHD or other diseases.

The cleverness and marketing brilliance behind so-called A2 milk is just not supported by the research.

The main issue remains: is the milk pasteurized or raw?
The bottom line is, regardless if it’s organic, grass-fed or laden with gold, dairy is horribly harmful for you if it’s pasteurized because your body won’t be able to digest the lactose and it will place a metabolic burden on your body.
What Dairy Alternatives Are Safe?
The best thing you can do is try to locate a source of raw milk. If you can’t, stay away from soy milk products because they are NOT the solution.

Regardless if soy milk products are non-GMO, organic or laden with gold, they are always made from unfermented soybeans, which are highly dangerous for your health because they can cause cancer, male infertility and a whole slew of other health problems.

​Slim and Sassy is the perfect oil for staying on top of my New Year's resolutions! What are your goals for this year? I like to put 2 drops in a capsule and take once or twice a day. ...